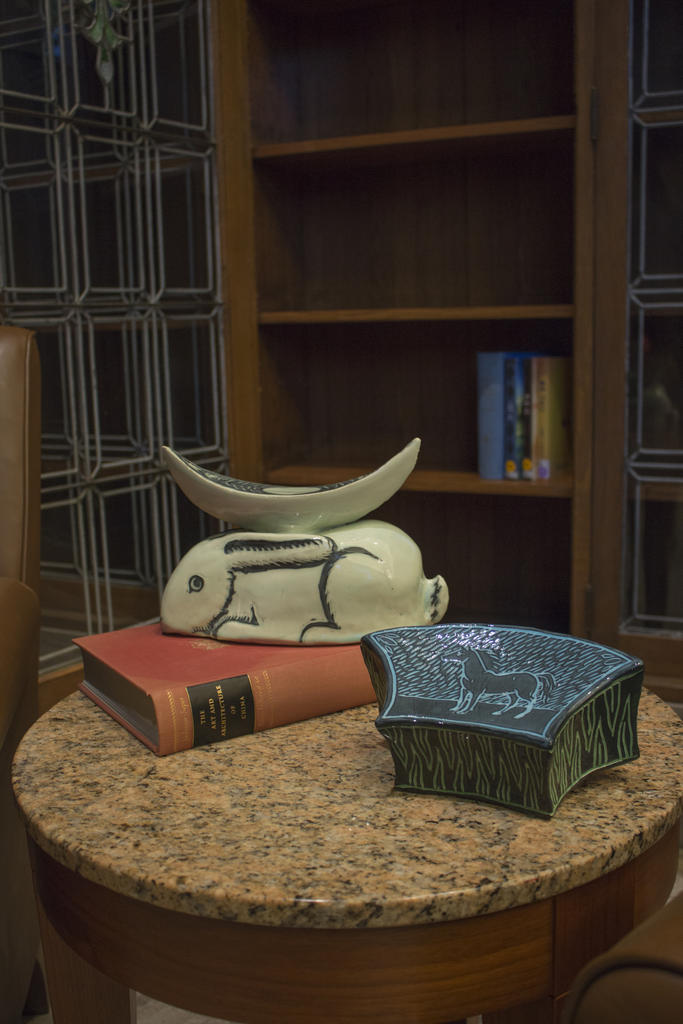 The word 'pillow' conjures up an idea of something soft, but in accent cultures from Mesopotamia to Asia, rigid headrests were common.

Create a pillow using engobe decoration and imagery drawn from dreams, wishes, or symbolic of night-time. 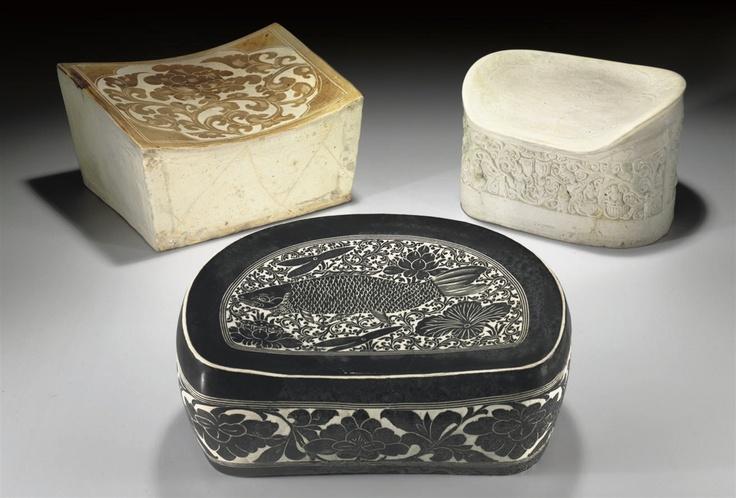 The word pillow conjures up an idea of something soft, but in accent cultures from Mesopotamia to Asia, rigid headrests were common.

Ancient Egyptians slept on stone pillows in an effort to keep bugs off their faces. Several pillows made of both wood and ivory were discovered in King Tutankhamuns tomb. In Africa headrests were commonly made of wood.

Early Asian cultures believed that soft pillows stole energy from your body while you slept.

In China, small ceramic pillows were produced in great numbers and variety of styles. Most of these pillows were simple clay boxes with slip decoration. Some were in the shape of a stylized cloud, and some were elaborately sculpted.

Reclining figures, temples, tigers, and rabbits were some of the images used as the bases of pillows, as they related to concepts of sleep, darkness, and nighttime. According to scholars of the time, the pillow and it’s images could affect the sleeper, therefore the imagery was very important.

Plan Out the Pillow 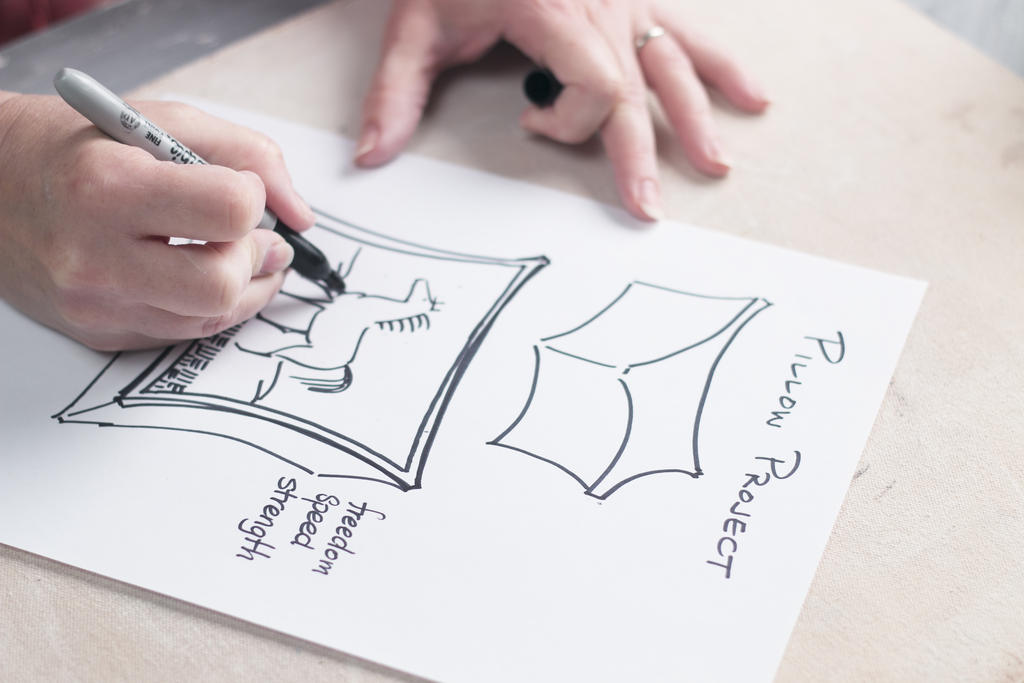 Decide on imagery. Ideas can come from personal sources, like dreams or wishes, or from stories or cultural references.

Cut out a Template 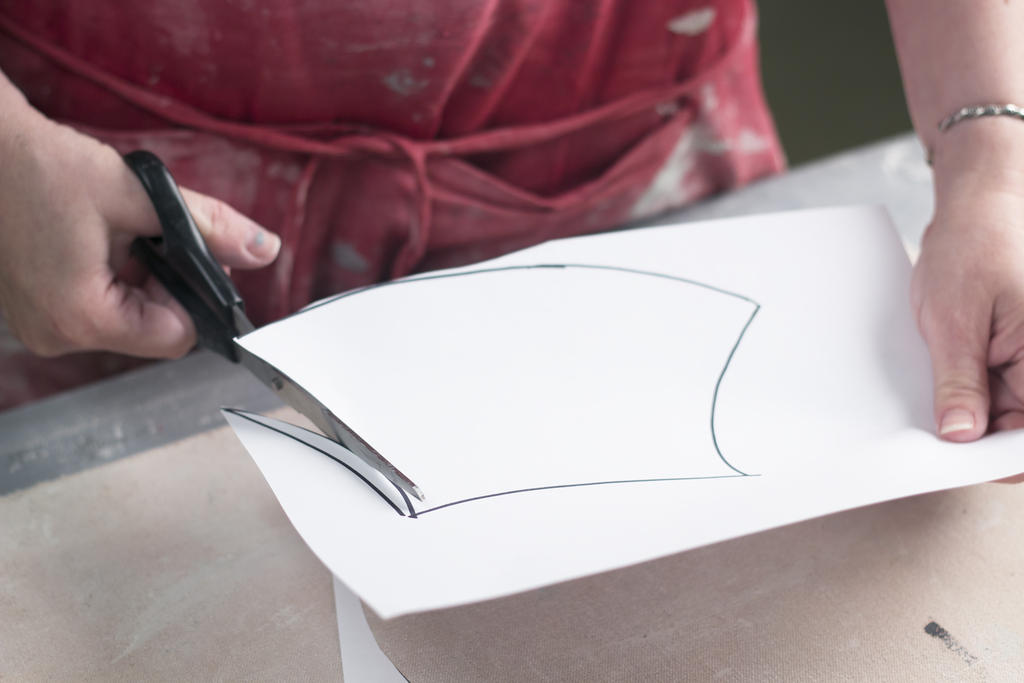 Use paper or tar paper (used for roofing, found in building supply stores) to make a template to cut out slabs. 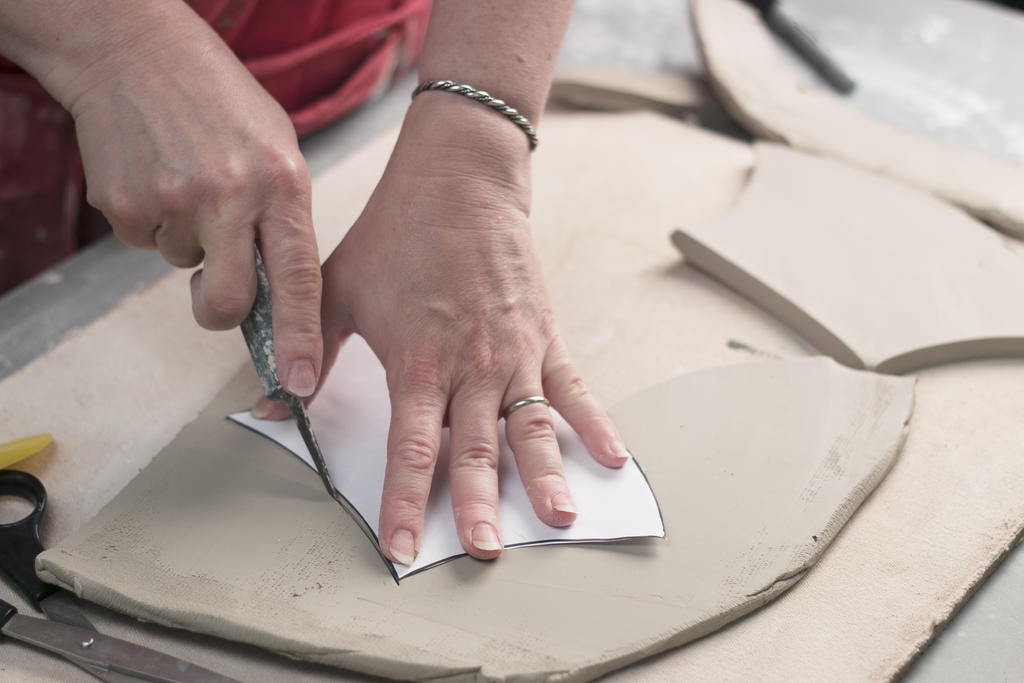 Using the templates, cut out slabs of clay. Make sure to leave an opening for air. The opening can be in the bottom or in the side of the pillow for a decorative effect. 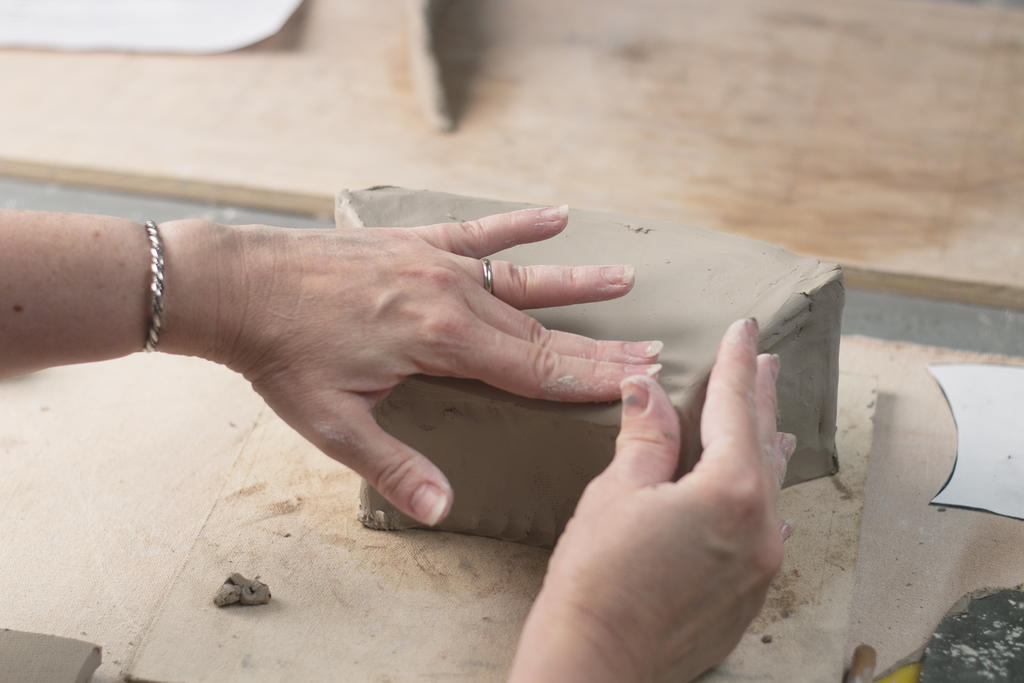 Slip and Score to join the slabs and construct the pillow. Use a rib or scraper to smooth out the surface. 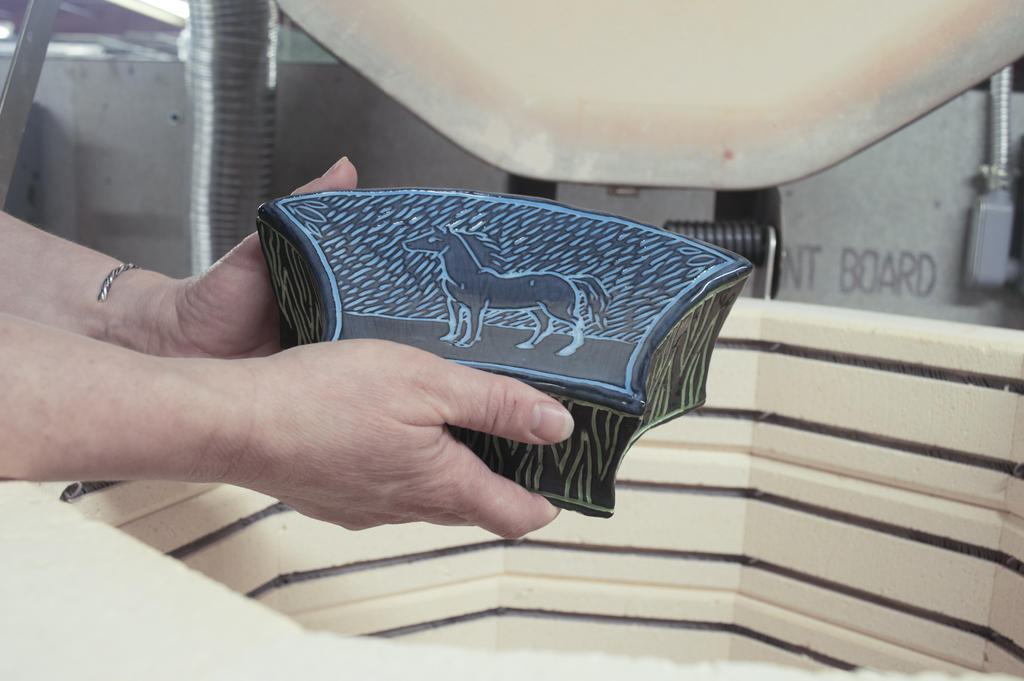 Once the pillow is dry, remove crumbs of clay left by sgraffito with a dry sponge. Bisque fire. 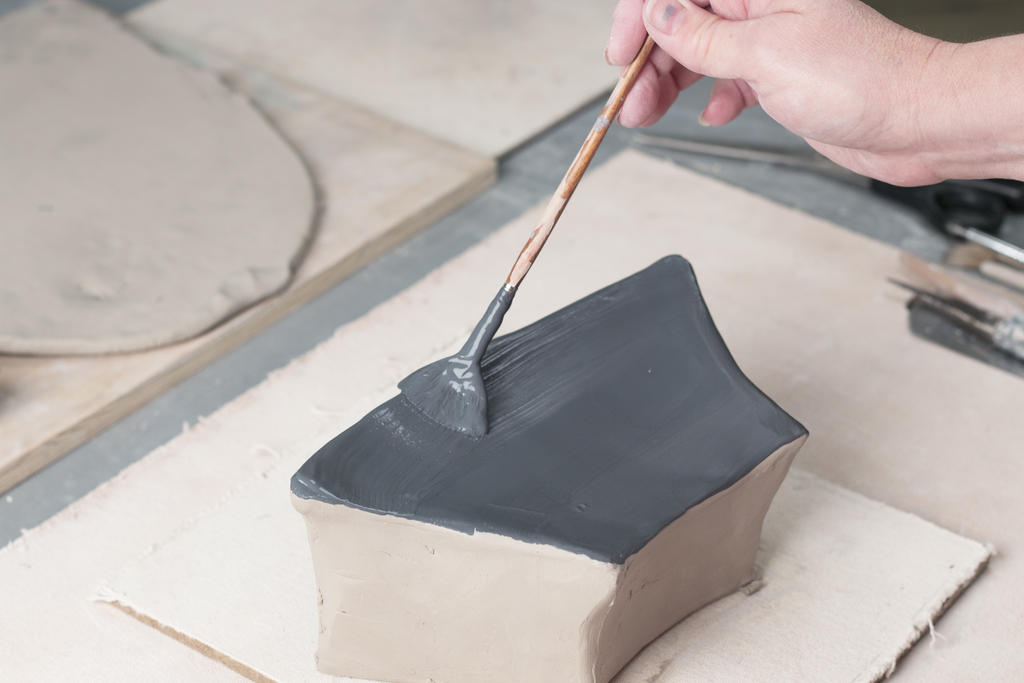 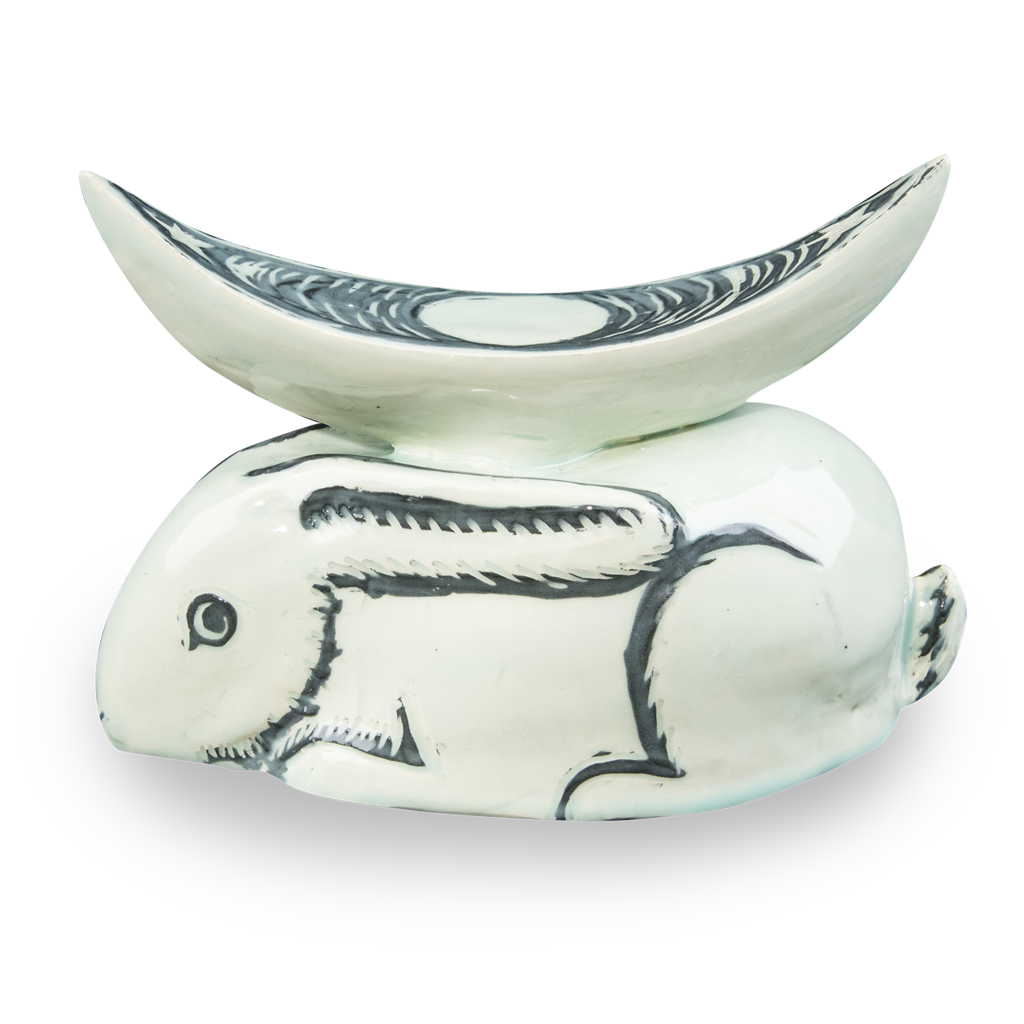 For more advanced or adventurous student offer the option of a sculptural pillow. Slab, pinch, or coil methods can be used. This example is in the shape of a rabbit, which was connected to the Moon goddess in Chinese mythology. It has a crescent moon on it’s back as the cradle for the head. It has sgraffito surface decoration and is glazed with a transparent F series glaze.